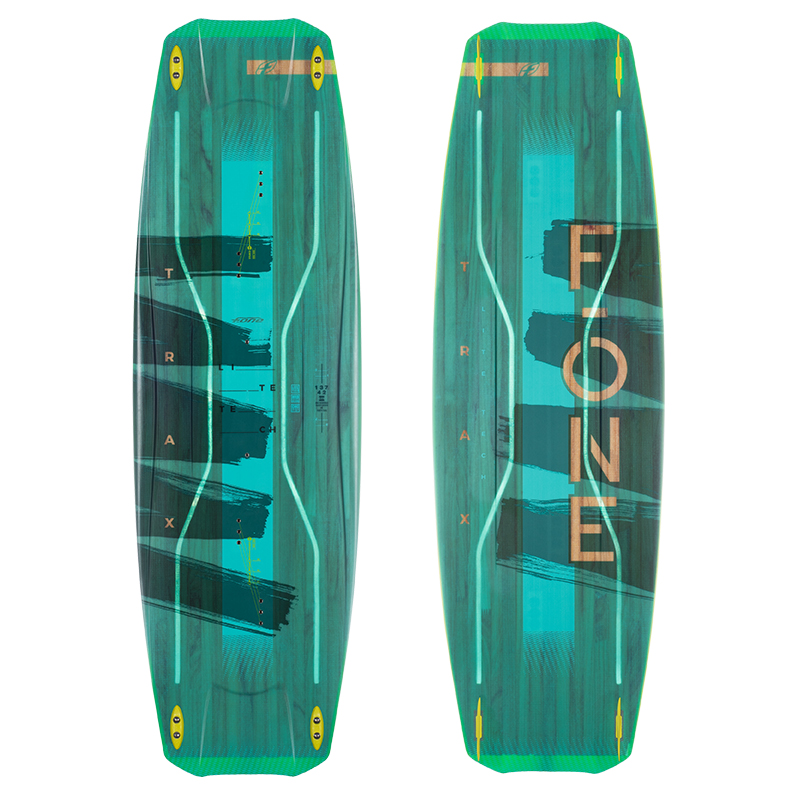 If first impressions count, then the 2019 Trax gets off to a flying start. The Lite Tech version is opaque with the futuristic Lite Tech giving it a very visually pleasing sparkle. From a lineage spanning at least a decade, the Trax is F-ONE’s freeride all-rounder and has evolved markedly over the years. What we’re now presented with is an exquisitely honed product. The highly tailored HRD rail shape is like no other currently on the market. Essentially you have a thin tapered tip – to enhance grip and flex characteristics – then the rail thickens under the footpads, with a rounded, almost scaled down surfboard shape. This is designed to displace the water outwards and prevent bounce. This thickness continues to the center of the board, but the rail shape then goes squarer again, increasing grip. The result when riding is quite striking. The Trax is very playful and skatey and extremely smooth through the chop and carves a great big rooster tail on the turn. The stepped concave, a common feature on freeride boards, does a great job of planing early and sending you upwind effortlessly. Normally with a board that feels loose, you would struggle to hold power, but the rail design means the Trax provides incredible edging control and speed. The overall flex is definitely a little stiffer than other boards in this class, and it relies upon shape rather than soft flex to smooth out heavy landings, which it does well. All that rail thickness translates into a mid-weight board coming in at 4.48kgs fully loaded. The carbon version would, of course, trim this down. Board hardware is up there with the best on the market. The fin system is F-ONE’s own design which is very sturdy and spreads the load well over the tip of the board. The Platinum bindings are well designed ergonomically, easy to adjust and will fit a multitude of feet. Then there’s a good sized toe grip which enhances the secure feeling.

For taller riders the Trax might benefit from a slightly wider stance option, especially as it rides a little bigger than its size. At 6’2” I would never normally choose to ride a 136cm but found myself reaching for this whenever it was over 20 knots. It’s a boosting machine! Like most products from F-ONE, the Trax has a bit of finesse and personality; it strays well away from more safe, generic designs in the marketplace and stands out from the crowd with great performance attributes. It somehow achieves feeling both skatey and grippy simultaneously.

In a sentence: All in all the Trax is a futuristic masterpiece of twintip design, and we are intrigued to see how they can develop it further! 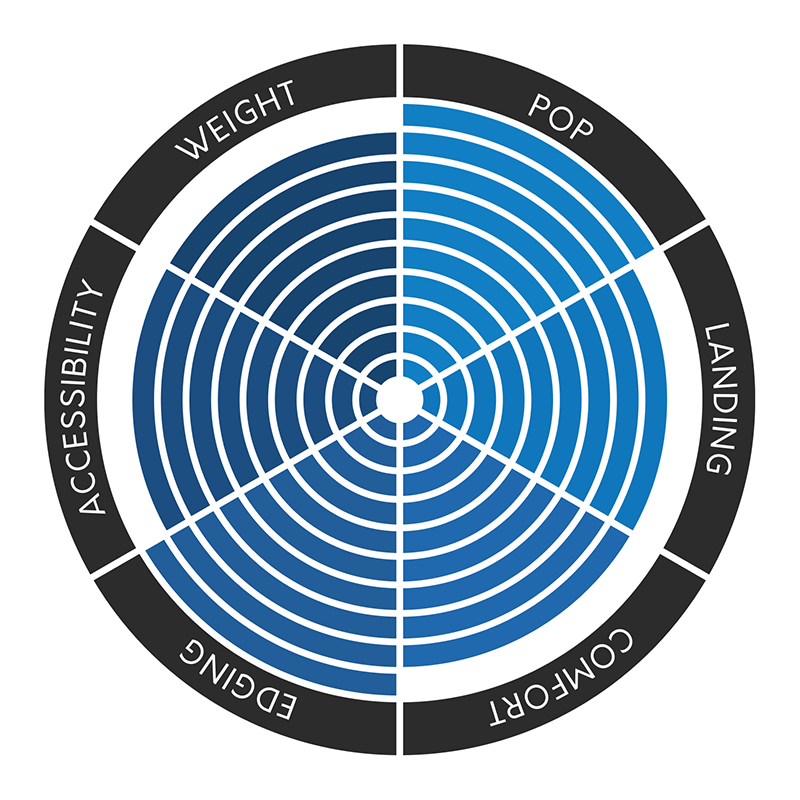