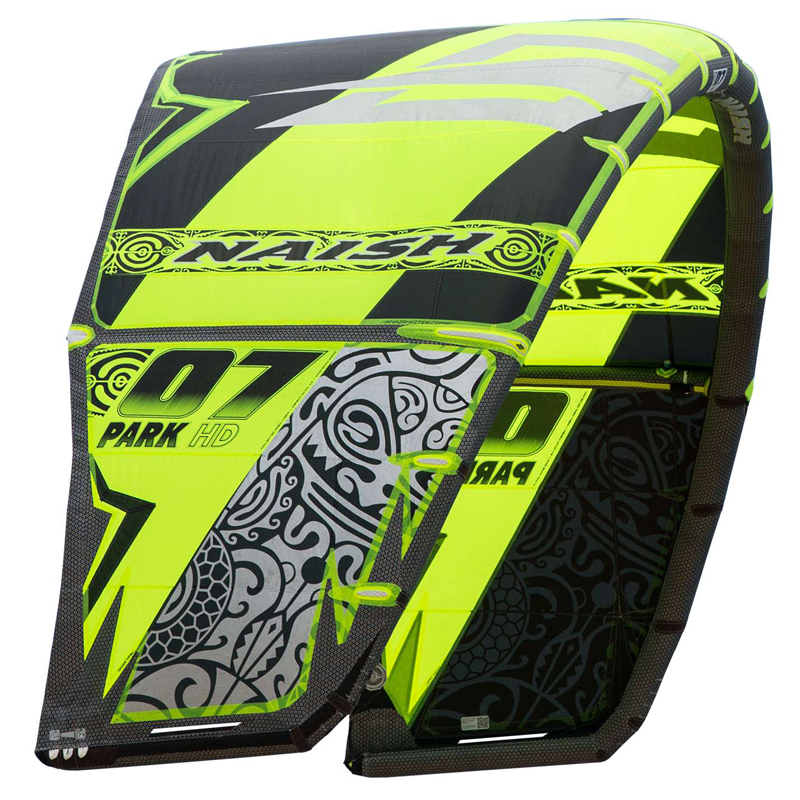 Whilst developing the Naish Pivot a couple of years ago, Naish kite-design-don Damien Girardin had a realization: through increasing the Aspect Ratio of the kite and with some clever tinkering with the bridle configuration he could improve the steering and general ‘feedback’ from the kite whilst still keeping the key flying characteristics.

When it was time to revisit the Park (having also applied his thinking to the Torch) Damien found that he could increase the AR whilst still keeping that accessible Park feel, and the result (he felt) was a kite which felt like it was flying in High Definition.

Aside from this relatively major change, there were also tweaks to the wingtips to ensure the load was distributed evenly (which is clear through the responsiveness at the bar), a fresh design for the static bridle, and the Park flies on the new Fusion ATB (above the bar) control system which is a definite improvement for us.

In the air and the Park HD immediately feels very ‘connected’. We have always felt that the Park was a supremely well-tuned kite, but it now feels significantly ‘crisper’ and clearly responds to even very subtle inputs through the bar. The precise sense of control you have is excellent – we rode it in the surf first and it was very easy to place the Park HD exactly where you wanted it and it had supreme drift in down-the-line conditions.

Then for onshore conditions the low-end and ‘on a dime’ turning mean that you can switch the power on when you need to and forget about the kite when you don’t, which is exactly what you need on those kind of days. Relaunch was satisfyingly easy, even in testing conditions.

For freestyle and the ‘super-tuned in’ feel remains – for boosting you always know where the kite is and there is plenty of lift and hangtime if that is what you’re looking for, then for unhooked riding the slack line is impressive and there is a real ‘Torch’ feel to it, which is no bad thing at all.

Although the Park HD is tailored for intermediates and upwards, there’s no question this isn’t a bad choice for confident beginners who want to jump in at the deep end, even though some of the subtleties might be lost on less experienced riders. 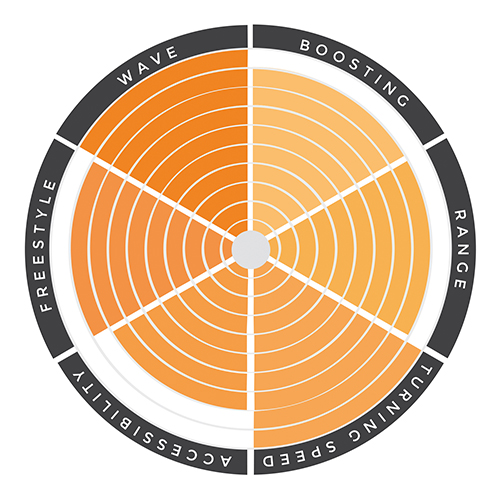