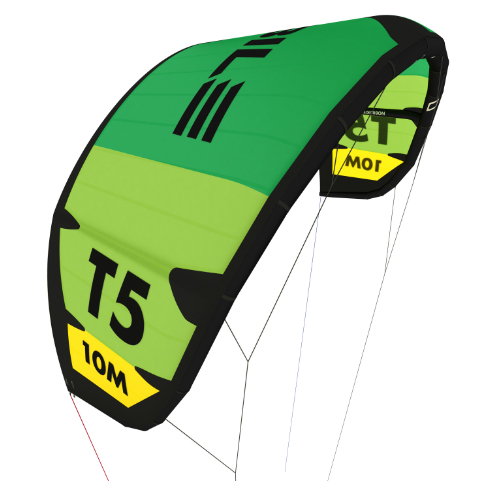 The T5 is Nobile’s wave and freeride offering. It has three struts, a mid-aspect ratio and a pulleyless bridle. Build quality is solid without being overplayed and this is a ‘light’ kite. There is an effective one pump and we thought that it looked awesome. A really classy colorway and a nice stealthy feel to it.

The Nobile Trust control bar is again a very nice looking piece of kit, with a mellow blue and orange colorway. The DDBT Lines run out beautifully and the grip has a comfortable amount of UVA. Depower is via a nice slim clam cleat which can be shuffled up or down depending on your arm length. We see a lot of bars and it has to be said that this is one of the nicest we have seen for a while…

In the air and the first thing that you notice with the T5 is the low end: it is grunty. A real “pull on the power and go” machine. Depower is excellent though so you can turn on the power nice and easily and you are off: exactly what you want from a freeridey kite… Movement is good, unlike some other more mid-aspect kites the turning is relatively pivotal and, although it’s not going to charge around, it turns very nicely making it an excellent kite for some nice lofty boosts.

For riding in the waves the low end is a real plus and, coupled with the immediate on/off, you can really use the power and then just let it go. At no point did the T5 try to fly too far forward either, it sat deep and delivered plenty of power without overflying or getting out of position.

Top end is good, but you wouldn’t want to be too stacked – it’s just not that kind of a kite. Overall and this is one of the most versatile and well-tuned three strut kites that we have tested. We really were impressed. 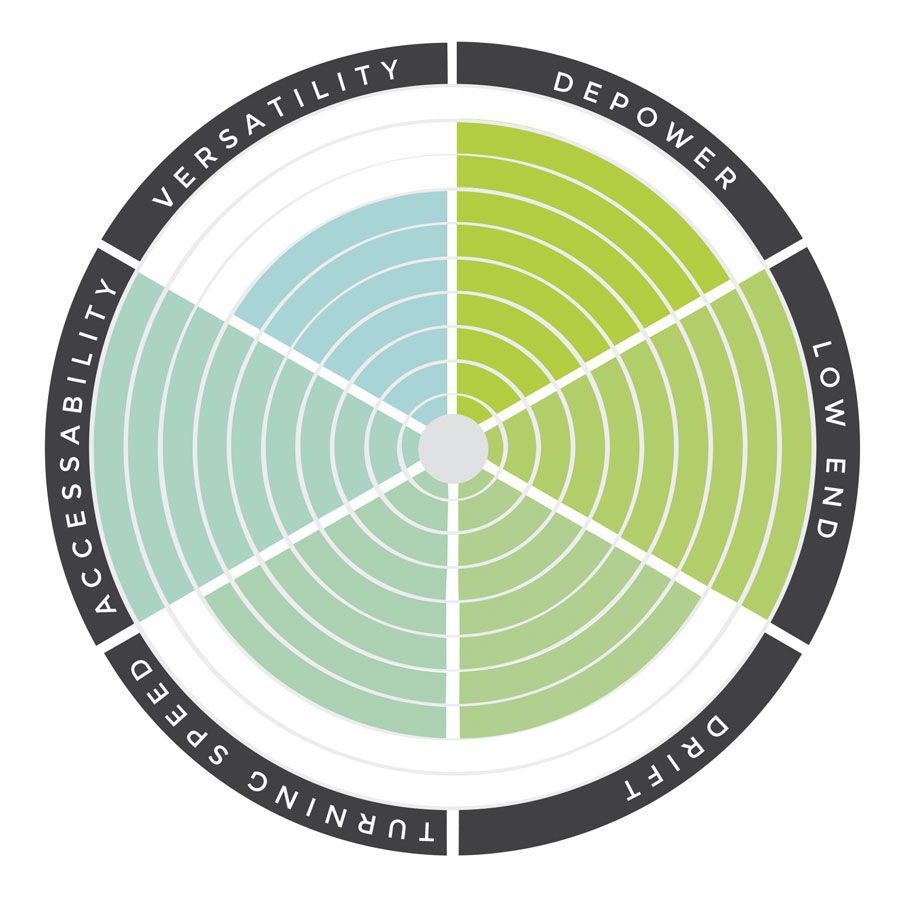