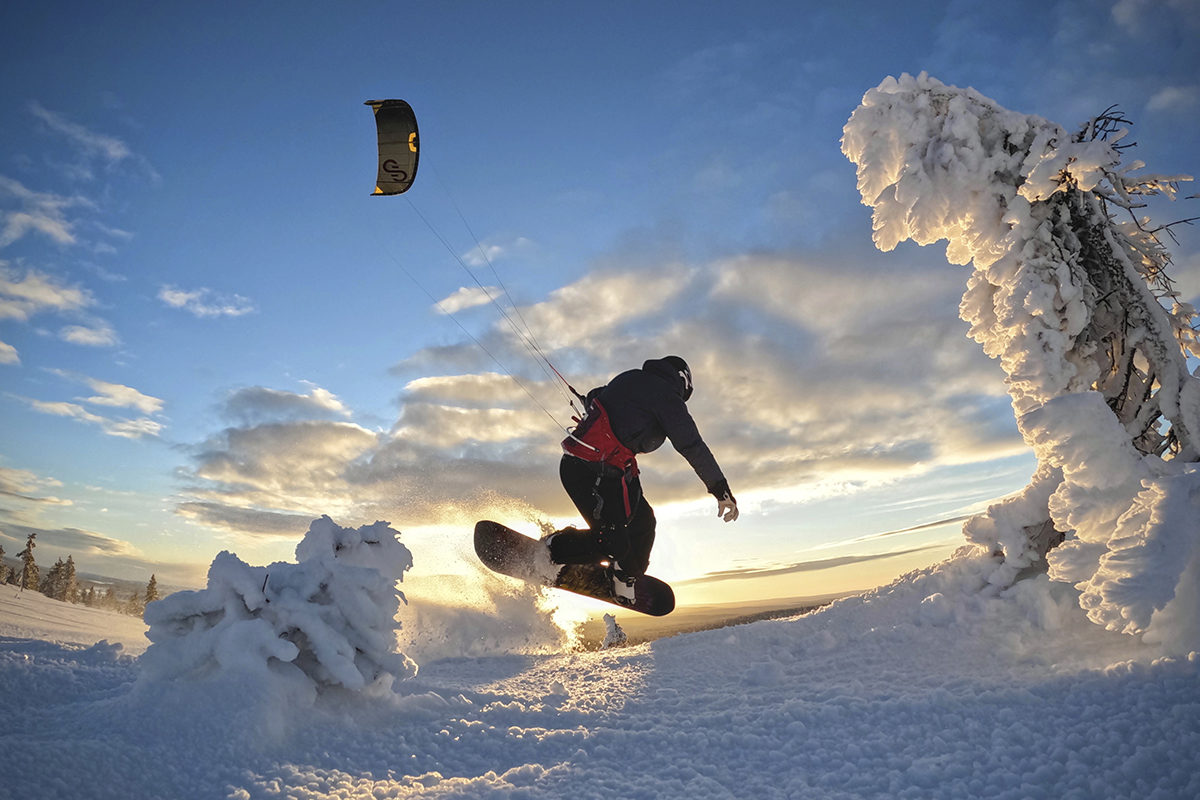 Pallas is in a national park in Lapland, Finland, north of the Arctic Circle. In my opinion it is one of the finest snowkite spots in the world.

You will find yourself surrounded by low-level rounded mountains, shaped as if they were designed especially for snowkiting. The playground is located mainly above tree level, so you can kite from one mountain to the next without having to land your kite. With favorable winds you can tour nine nearby mountain tops without stopping and even further if you’re willing to hike through a small strip of forest, which opens up 40 more kilometers of kite-able natural reserve. The vast open mountain terrain offers variety for kiters of all levels. Beginners can take their first steps into the sport on the flat areas at the foot of the mountains, intermediate riders get to explore the nearby peaks, whereas the most hardcore kiters can pack their sleeping bags in a sledge and head beyond the hills to the remote huts in the national park for an overnight trip. As well as being surrounded by a snowkite wonderland, you will also be breathing in the world’s cleanest air, the local area having the lowest level of pollutants and particles anywhere in the world.

The season is at its finest from February to April. Winter starts earlier of course, but first the snow needs to pile up to form a proper base, covering and smoothing the terrain. And actually, before February there isn’t really enough daylight for kiting, with only four hours of light in January, extending swiftly to over 14 hours in April. Conditions vary daily, and also during the day. Sometimes people on different mountains ride in completely different wind speeds and directions. The forecast doesn’t apply to mountains as easily as it does at sea level. Even with only a few knots forecast, there can be a super nice session higher up in the mountains, if you’re willing to hike up a few hundred meters or so. My pro tip from the past ten years is not to spend too much time looking at the forecast. If I do look at the local wind app, I’ll only note the most probable wind direction, and whether the wind is going to be nonexistent, making an appearance, or, perhaps the most interesting forecast… “hold onto your kite bags and gloves from the get-go”. The visibility plays a big role – on a whiteout day we tend to kite closer to the tree line on the hills surrounding the Pallas hotel. Sometimes low cloud level completely blocks the sun, but you can still find sunshine above the cloud layer after a one-hour hike. Nothing is more rewarding than that! 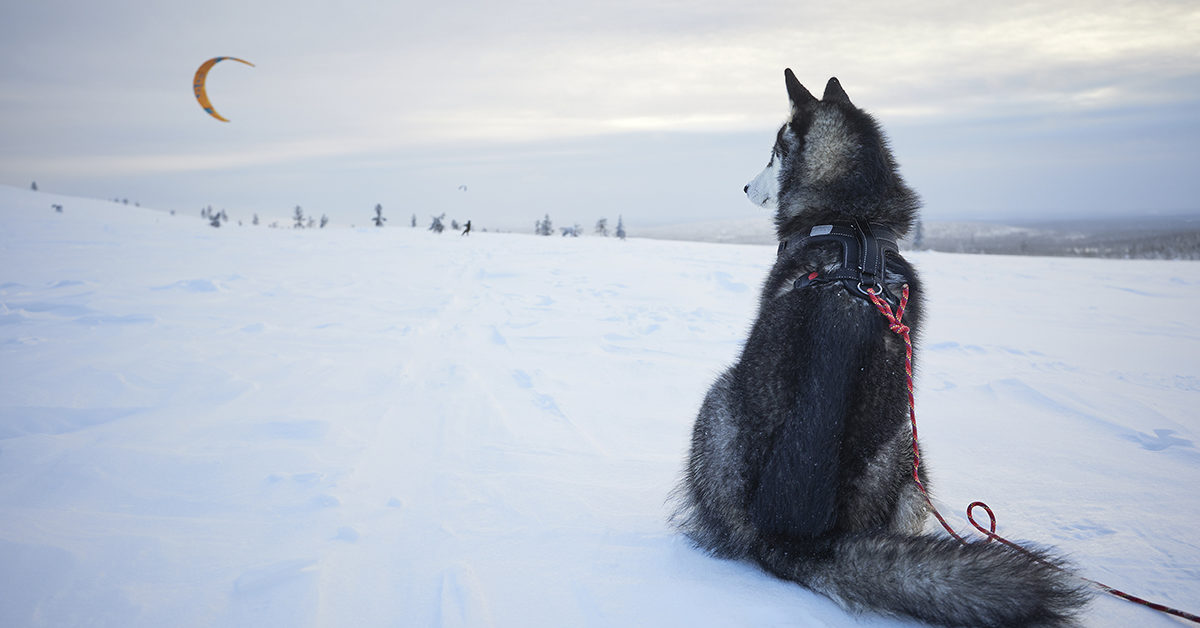 For me Pallas is not only about hunting out the best kite conditions for the day, but is also a place for enjoying serenity with nature. Since the Pallas hotel is far away from noisy ski resorts, one gets to experience real quietness. Days without wind aren’t very common, but on a rare no-wind day, you can experience Lapland in more ways than just kiting. Grab a pair of snowshoes and wander in the forest, jump on a fatbike or just head out to a nearby hut with some hot chocolate and sausages. Then after a day of exercise in the cold air, you can restore your muscles in the hotel sauna and replenish lost calories at the hotel buffet. In the evenings it is a great place to see the northern lights. As there is very little light pollution in the national park, the chances of seeing them are very high.

You can head to Pallas on your own, or if you’d like to snowkite with other people you can join the Pallas Kiteweek event, which occurs annually in February. It is all about being together and sharing a passion for wind, snow and nature. I am one of the organizers and we’ve been holding snowkite camps since 2013, with nearly 2000 guests over the years. This year some pro kiters joined us for the week [Ed: read further on in the mag to find out more from their trip]. We can also organize private weeks if you can get a group of people together. Whichever way you choose to visit, you’ll find Pallas is an awesome snowkite destination.

The closest airport is Kittilä (KTT). There are several direct flights, or when transferring from Helsinki (HEL) you have multiple flights coming in every day.

There is only one remote accommodation, Lapland Hotel Pallas, right at the kitespot, with pretty much nothing else within nearly 30 kilometers.

The closest airport is Kittilä (KTT). There are several direct flights, or when transferring from Helsinki (HEL) you have multiple flights coming in every day.

A thermos bottle, skiing or snowboarding gear, and ideally three kites – one small (8m or smaller), one medium (9-12m) and one large (13m or bigger). The exact size of the kites is irrelevant because you can adjust your kiting altitude on the mountains based on your chosen kite size. The higher you go, the more knots you’ll encounter. It could be 20 knots in the valley but 40 knots at the top of the mountain!

Alcohol in Finland is very regulated, thus the taxes increase the prices. A beer in a restaurant can be up to 10 USD, but at the local supermarket might be only 1 USD.

Did you see the light show last night?!

It’s a bit crowded for my liking.